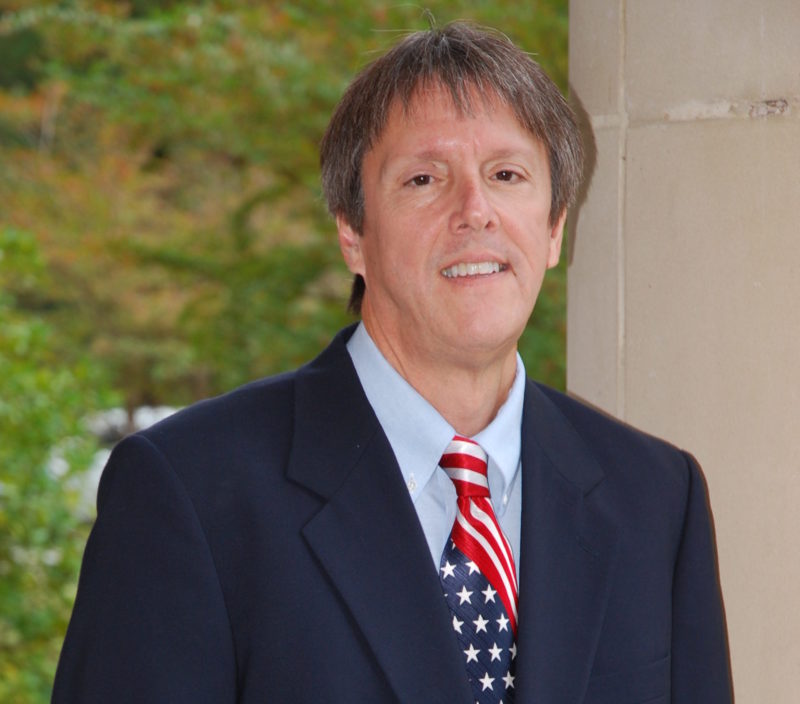 Dr. Ben Kyer, FMU’s Benjamin W. Ingram, III Professor of Economics, grew up in a small town and has taught his entire academic career at small colleges in small towns.

At Francis Marion, Kyer often finds himself teaching students with backgrounds similar to his own. And, the academic intimacy of the university has allowed him to pursue his research interests sooner, and in a more intense manner, than might have happened somewhere else.

That’s why Kyer came to FMU 26 years ago, and it’s why he’s still here.

Kyer is one of FMU’s research stars. He was recently named an FMU Trustee Research Scholar, an honor that includes a little more time for research and a monetary reward.

Kyer’s most recent research has been with Dr. Gary E. Meggs, professor of economics at St. John Fisher College. Their paper, “Inflation and the Exchange Rate: The Role of Aggregate Demand Elasticity,” was accepted for publication in the International Advances in Economic Research.

Like much academic research, this latest paper is an extension of previous work on aggregate demand theory and demonstrates the influence of aggregate demand elasticity on the foreign exchange rate when inflation occurs.

That’s really a sub specialty for Kyer. His main focus is big picture economics or macroeconomics. That area focuses on the relationships between output, unemployment and inflation. For years he’s studied performance, structure, behavior, and decision-making of an economy as a whole and according to Kyer, that won’t change any time soon.

Kyer is a past winner of FMU’s J. Lorin Mason Distinguished Professor Award and is the Benjamin W. Ingram, III Professor of Economics. Previously at Berry, Kyer was twice named the university’s professor of the year.

Kyer was born and raised him in Gassaway, West Virginia. He earned his Masters and PhD. at West Virginia University.