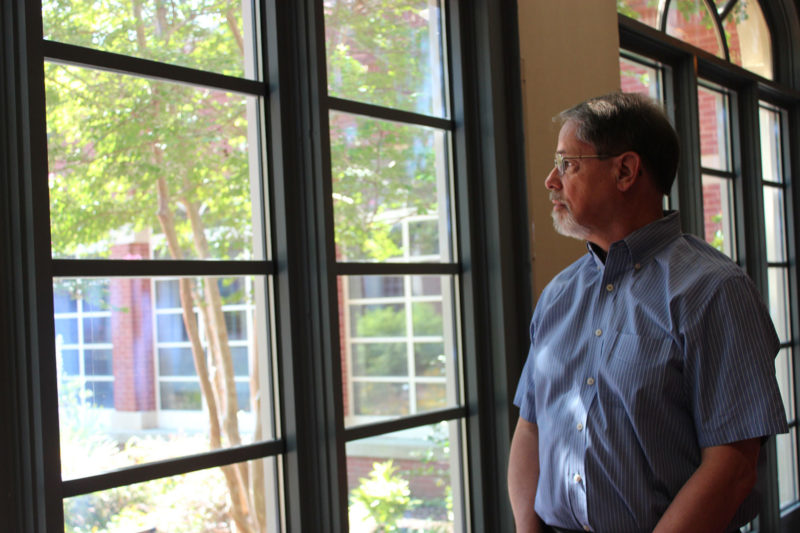 Dr. John Hester’s 35-year career at FMU included many jobs and one enduring mission: using education to improve the lives of young men and women who reminded him of … well, himself.

During the summer of 1980, an idealistic, newly minted professor of Psychology strode onto the Francis Marion campus, ready to start a career that could take him who knows where.

Turns out, it took him nowhere at all.

Thirty-five years later, Dr. John Hester is leaving – figuratively, at least – the FMU campus. He’s retiring from full-time duties as one of the most steadfast faculty members and administrators the University has ever known. It’s a 35-year career spent all in one place; a place that Hester has come to love, and which proved to be a near-perfect match of man and mission.

“(My time at FMU) has shaped my life narrative,” says Hester. “I understand education to be the best anti-poverty program in the world… There are no dollars better spent than on an education and that cuts across everything I do.”

Hester, a native of South Carolina’s Upstate area, admits he knew little about FMU (then FMC), Florence, or the Pee Dee when he began pursuing a teaching position at Francis Marion year ago. He was encouraged by one of his professors at University of South Carolina, where he earned his doctorate, however, to take a chance on the young college. It might be just the place.

Hester came to Francis Marion University with three degrees in hand – a bachelor’s degree from his beloved Clemson University (he remains an ardent Tiger fan) and a master’s and doctorate from the University of South Carolina. That was a pretty good sheepskin haul for the first member of a family to graduate college. But the import of that unique family background didn’t really register until Hester had been at FMU or several years.

Early on he found FMU to be “a very warm and comfortable place.” But working with a student one day in his office, even deeper relationship revealed itself to Hester.

“I looked across the desk,” says Hester, “and I kind of saw myself.”

That feeling, the sense of a real mission, led to 35 years of service at FMU in 11 different positions. Hester began his career as an assistant professor of Psychology, was promoted to an associate professor position, and just kept going from there. Hester served as coordinator of the School Psychology program, became a full professor and director of School Psychology, interim chair of the Department of Psychology and Sociology (Sociology has since become its own department), the coordinator of Clinical/Council Psychology program, chairman of the Department of Psychology, the director of the Gail and Terry Richardson Center for the Child and finally, associate provost and director of graduate programs.

Throughout that long, and oft-confusing run of positions – several were held simultaneously — Hester’s goal has always been the same: meet the economic uncertainty faced by so many of his students head-on with a first-class education that could enable those students to better their futures.

“Being here and being a part of the community made me aware of economic disparity,” Hester says. “It gave me a real sense of the power of education. In my own life, I knew how powerful a college degree had been for me and I saw what a difference it was making in the lives of my students.”

As his career at Francis Marion stretched on, Hester became more and more embedded in the University and how it impacts the region; and the place became more a part of him. What had once been “taking a chance” became an essential element in his very core.

Hester was a graduate of South Carolina’s two largest colleges, but Francis Marion offered him something the others didn’t: the chance to build lasting relationships with students and faculty. It was a professorship in Psychology that brought him to University, but it was the opportunity to cultivate those kind of relationships with people from across a wide spectrum that kept him around.

“The things I’ve enjoyed have been the relationships,” says Hester. “Students coming by my office, working with my colleagues. … When I came, the university was so small you could know everyone on the faculty. We’ve grown, but it’s still similar today. This is a school that’s small enough that you can sit down at lunch and talk to a biologist, a historian, a political scientist. … I’ve always thought that was just so rich.”

Hester said though he knows he’s leaving behind a legacy at Francis Marion, he hopes that he can become a part of the larger piece of history the University and its graduates are building. He’ll have a chance to continue in that role directly for at least another year. As he kept reminding friends at the long string of retirement socials and official goodbyes this spring, “I’m not going anywhere.” He will return to his original mission next year, teaching in adjunct position in the Department of Psychology.

That won’t last forever. Eventually, Hester and his wife, Patricia, a 1979 graduate of Francis Marion University, expect to return to the Upstate.

“The reason my career has been so long is because I have been so comfortable here,” he says. “There is a sense of mission here. … I hope I’ve been a small part of that mission to serve and helped my students go to the next level.” 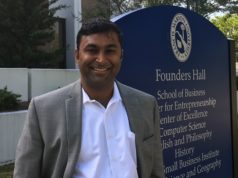 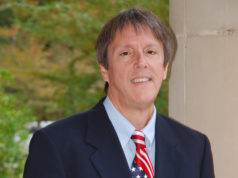 Kyer finds a good fit at a small-town college