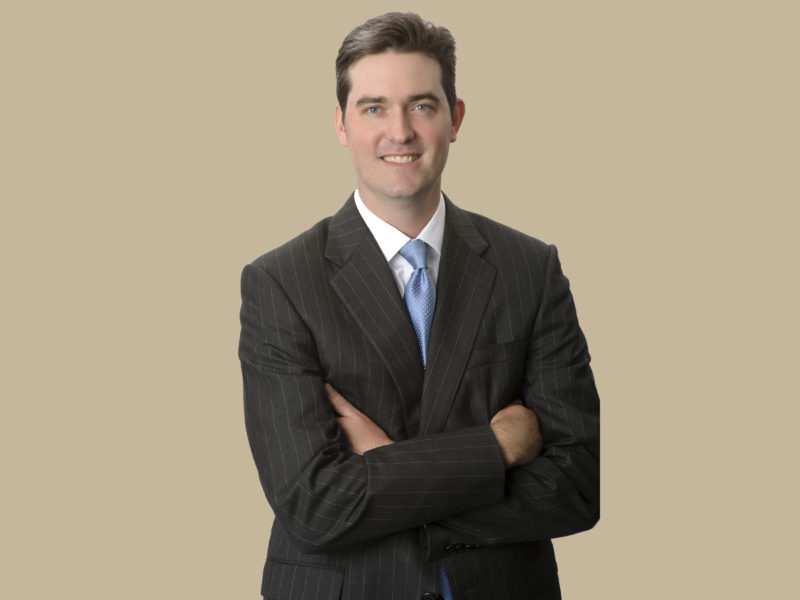 Working as an executive at multinational financial services corporation, Morgan Stanley, he’s not your typical investment banker either.

Come to think of it, “typical” isn’t a word that would be associated with Ross in many circumstances.

Born in Johannesburg, South Africa and raised in Pietermaritzburg, SA, Ross has become one of the fastest rising stars in the Morgan Stanley university where he’s an executive director within the investment banking division and head of the Financial Sponsors Group for Asia-Pacific.

“Private equity firms buy large companies in deals structured with debt and equity in a similar way to how you and I might finance the purchase of a house,” Ross says.

Twenty years ago, Ross was just looking for a U.S. college at which he could continue to pursue one of his original passions: golf.

Ross was recruited to play golf for the Oklahoma University team. But after his first year in the Midwest, Ross decided he wanted a change of scenery.

With one phone call from a former South African teammate, Ross found his way to Florence.

From there, Ross began to see his future more in the boardroom than on the links.

“I really wanted to play golf, but halfway through my college career, it just became apparent I might starve to death if I tried to play for a living,” Ross says.

Though he had an undeniable love for the links, Ross began to realize his potential in the realm of finance under the tutelage of the Dean of the School of Business Barry O’Brien, Professor of Marketing Dr. Kay Lawrimore Belanger and others in the FMU School of Business.

As a student, Ross found a field of study – business — which he found cogent and rational.

“You arrived at a specific answer, but that answer was dependent on very qualitative factors,” he says. “I liked the practicality of it and how you arrived at this discrete answer. I liked that there was a much bigger picture to it.”

As a student, Ross excelled, making an indelible impact on his professors.

O’Brien said, Ross as both a student and professional, represents the best of what the university has to offer.

“Andrew was one of the best students that I have encountered in my 40 years of teaching at the college level,” O’Brien said. “He is a better person than he is a student.”

On to the Big Apple

O’Brien wasn’t the only person to see Ross’ potential while he was still at Francis Marion.

In the fall of 2000, Ross received a letter from a global investment bank in New York, offering an interview for an entry-level position as an analyst in investment banking.

Though he ultimately didn’t get the position, the experience piqued Ross’ interest in finance as a discipline and investment banking as a career.

After graduating from Francis Marion University in 2001, Ross stayed in Florence and went to work as production manager at ESAB Welding and Cutting Products. Though he enjoyed his time with ESAB, Ross’ appetite for investment banking had already been whet. And after his previous interactions with a financial firm, Ross knew he needed to further his education.

With four years of practical experience under his belt, Ross headed to the Ivy League in 2005 and enrolled at Columbia Business School.

Ross hit the ground running at the prestigious New York City-based university, garnering first-hand experience at the world of high finance and meeting with representatives from some of the bastions of Wall Street.

“There’s a very formal recruiting process that you go through your first semester where you meet all the banks and you understand their similarities and differences, says Ross. “You begin to understand the job and what’s specific about the culture of the institution that you’re thinking about joining. I was incredibly impressed by Morgan Stanley’s reputation and culture and was delighted to receive an offer to join the firm.“

In 2007, Ross graduated with honors from Columbia University with an MBA and moved directly into a position with Morgan Stanley as an associate.

Working at the firm’s corporate headquarters in New York City, he quickly began to climb the corporate ladder. He was promoted through the ranks until he became an executive director and head of the Financial Sponsors Group for Asia-Pacific and was transferred to Hong Kong.

“These deals can take months and years and you’ve got to work on them very intensely for those time periods,” Ross says. “At times you’re working around the clock. And only a small percentage of these deals actually happen, so when they do, it is tremendously exciting.”

Though he’s currently worlds away from Florence and Francis Marion University, Ross knows his alma mater offered him something he may not have found anywhere else.

“At Francis Marion University, you’ve got a fantastic array of tools at your disposal,” he said. “The faculty is very willing to help you. The education I received was great and the professors like Barry O’Brien and Kay Lawrimore were really terrific.”