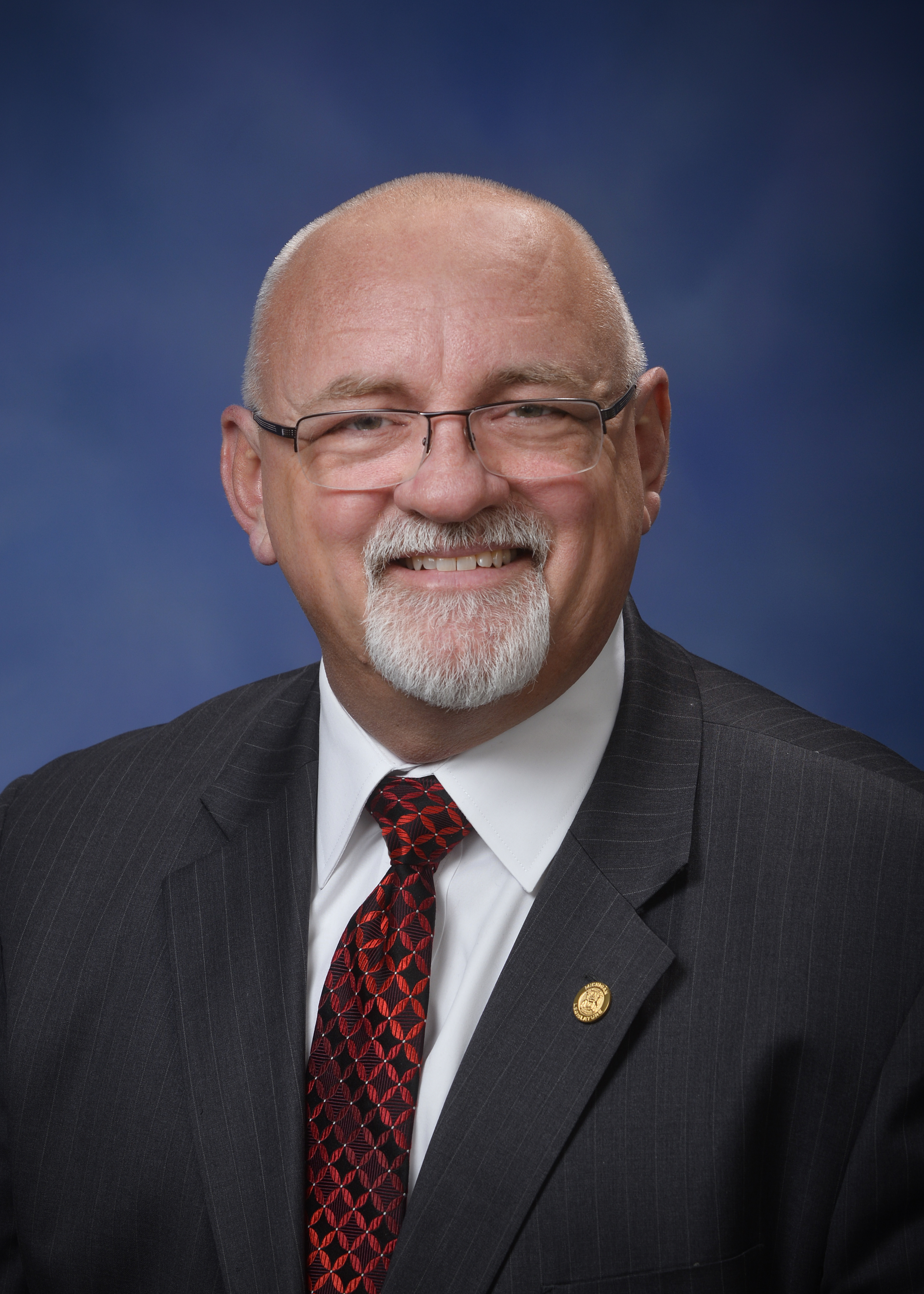 Jeff Noble (‘84) never thought he’d wind up as an elected official but here he is, a new member of the Michigan state house.

Jeff Noble (‘84) is a long way from his days as a freshman at Francis Marion College in the 1980s.

Between then and now, Nobel has enjoyed a career as a pastor, a restaurateur, a salesman, and a gospel singer.

And now, a legislator.

Noble was elected as a representative for Michigan’s State House District 20 last fall. That can be attributed to an active political life in recent years — Noble has volunteered on several campaigns — but it a surprise to Noble all the same. There  wasn’t something he ever expected to do and it certainly wasn’t on his mind when his friend, Michigan State Senator Patrick Colbeck, encouraging him to run.

“I got some phone calls from a few people, including Senator Colbeck saying, ‘We’d like for you to consider running for state representative.’ I’m like, ‘Y’all are crazy. I’m not a politician.,’” Noble says. “I never thought about running for political office. I’ve always been kind of a supporter that encourages others to do things.”

The phone calls worked, though.  Before he knew it, Noble was in the middle of his campaign.

After knocking on countless doors and shaking hands with as many people as he could find, Noble won a close race in November, defeating Democrat Colleen Pobur  in a race to replace a term-limited Republican incumbent. Noble began serving his first term in January. The Michigan legislature is a full-time position.

Noble says his old job — he was a pastor at xxxxx — and his new one aren’t that different. In both, the key is to listen and care enough to serve those who have put him in his position.

“People are pretty much the same, regardless of where you go,” he says. “They’ve got a need and they want answers to that need, so we try to provide that… Folks will never care what you know, until they know that you care. I’ve tried to abide by that.”

Noble definitely took the long road to get to his current position, both figuratively and literally. But that’s okay, says Noble. He says he’s always thought life has been more about the journey than the destination.

Noble moved with his family Ohio to Florence in 1978 after his father took a job in Darlington. Soon after, he decided to take a flier on an almost brand new college nearby.

“Of course, it (FMU) was a lot smaller then,” Noble says.

Noble enjoyed his college days. He was in the Pi Kappa Alpha fraternity, was active in intramural sports and help found FMU’s first pep band.

“It was a very close-knit community,” he says. “The relationships on campus were great. The student center was the place to be on campus.”

After graduation, Noble Noble bounced around a bit before he found himself in a sales position for a company back in Florence. He met his wife of the past 29 years, Myra Kay Rhodes, and developed numerous long-lasting friendships.

In 1993, Noble was singing with a gospel quartet and becoming increasingly involved with his church when he felt a call to join the ministry. Soon after, he and his family moved to Wake Forest, N.C. where he enrolled in Southeastern Baptist Seminary.

Noble and his family served at a church in Georgia for several years before deciding to Michigan to be closer to family.

“It really was an issue of prayer,” he says. “We were serving in a church in Georgia and we just felt like we needed to be closer to family.”

Noble settled in as a pastor in a church in Northville Township — a suburb of Detroit — and didn’t give much thought to his life changing much more after that.

Then, the phone started ringing.