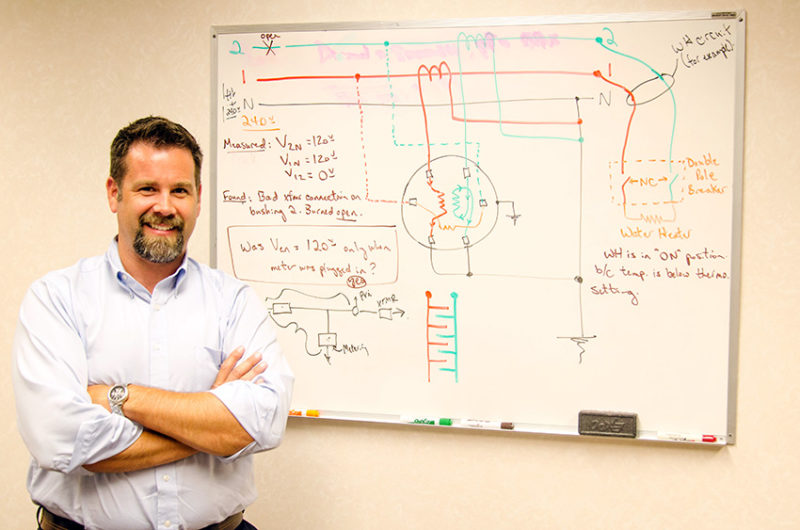 Rob Ardis is the CEO at Santee Electric Cooperative. His rapid rise in the world of energy started with a brilliant undergraduate career at FMU

When Rob Ardis graduated from Pleasant Hill High School in Hemingway, S.C. in 1994, he had no idea what path his life would take. As he started college at Francis Marion University that fall, career possibilities stretched out before him in a dizzying array. He might be a teacher, a coach, an engineer, a physicist, a mathematician …

“I’m an example of someone who didn’t know what they wanted to do when they started,” says Ardis.

Ardis was sure of one thing, however: he wanted to work hard in a field that challenged him and allowed for career growth later on in life.

All that might not have been exactly what Ardis had in mind years ago, but his success was hardly an accident. Ardis was a naturally gifted student, possessing both intelligence and a drive to succeed. He’s been an extraordinarily hard worker throughout his life.

But coming from a rural background in an admitted backwater, his eventual achievements weren’t foreordained either. Ardis still remembers the euphoria of receiving a letter from Francis Marion University, informing him that he’d been awarded a full scholarship to the school.

“When I got the scholarship letter in the mail, I was ecstatic,” Ardis says. “At that point, I knew I’d get a chance to go to college.”

Francis Marion, says Ardis, proved to be a perfect fit for him. He blended well with the small class sizes and the readily accessible professors. And he quickly found a field of study that offered both a personal challenge and a climate of support in FMU’s Physics Department.

“I wanted to study math and science,” says Ardis. “I thought that would be the hardest stuff and I thought surely if I major in something with math and science, I’ll be able to get a good job when I come out.”

Ardis found the intimacy of the Physics Department attractive. He enjoyed the camaraderie of the cadre of Physics majors at FMU, and developed lasting personal relationships with professors like Dr. David Peterson and Dr. Seth Smith.

“(The professors) seemed to be so eager to have students in that major that they really took to you,” says Ardis.
Peterson says it was to help a student like Ardis, who was “gregarious and fun to be around.”

Smith says Ardis was very nearly the perfect student, a striver who worked hard to make the best possible marks but a “philosopher” who also enjoyed science as an intellectual pursuit.

“Rob was one of those rare students that every Physics professor hopes for,” says Smith. “He had extraordinary skills in physics and mathematics and consistently earned the highest grades in all of my classes. … One of his most significant attributes was that he had a true hunger for knowledge. He was fascinated by physics and thought deeply about its meaning. He was often able to ‘see the big picture’ by integrating knowledge from different parts of a course and drawing on his experiences from other courses. In my 26 years as a college professor, he easily ranks in the top one percent of all of the students that I have ever taught.”

Ardis and Smith eventually became both friends and colleagues. When Smith applied for tenure at the University, Ardis wrote a letter of recommendation on his behalf. And, during the process that led to Ardis’ eventual appointment as CEO at Santee Electric, Smith wrote a letter supporting Ardis’ candidacy. More recently, Ardis has been an active supporter of FMU’s burgeoning engineering program.

Smith says he’s “so proud of Rob and all that he has accomplished. He is a remarkably talented engineer and professional. He is also a very kind and compassionate human being. It was my great honor to have been one of his professors, and it is my great pleasure to be one of his friends.”

Ardis says that the further removed he is from his undergraduate days at FMU, the more remarkable the experience seems.

“It seemed like there were almost as many professors (in the Physics Department at that time) as there were students,” says Ardis. “When you’ve got that kind of ratio, it’s real easy to get close to them.” 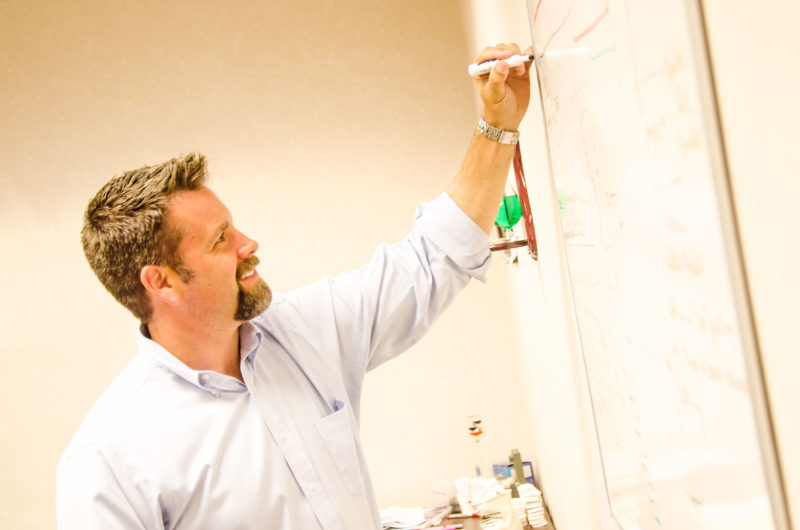 Ardis graduated summa cum laude from Francis Marion with a bachelor’s degree as a double major in physics and mathematics. He finished with a 4.0 grade point average and won the university’s Blackwell Award in 1998, marking as the top student in his class. After finishing at FMU, Ardis enrolled in the engineering program at the University of Tennessee. At UT, Ardis realized how well prepared he was by his years at Francis Marion. While his fellow UT classmates were learning some of the things Ardis knew to be the basic tenets of physics, Ardis was itching to get onto something else. He already knew all that stuff.

“They had already taught me a lot of the physics and Ohm’s Law and Kirchhoff’s Law,” he says. “I already knew the background for electrical engineering and I already had the math degree from Francis Marion. So, when I went to major in electrical engineering at Tennessee, I was head and shoulders above most of my classmates because they were doing that for the first time.”

Ardis was named chief operating officer of the co-op in 2005.

This fall, Ardis will make a big move as he transitions to the role of chief executive officer for Santee Electric Cooperative.

Though he’ll be serving a different territory, Ardis understands he’ll still be working for an electric co-op. Those are venerable, and valuable, entities in the world of American energy, and especially to the people of the mostly rural areas that they serve. That’s where Ardis came from and where he has built his career. He takes that work very seriously.
Ardis says the lessons he learned at Francis Marion, UT, and with Pee Dee Electric Cooperative will carry over at Santee Electric.

“The goal is to provide low cost power reliably,” he says. “We were created for the small communities. … The best thing about a power company is for the customer to never notice you’re there. They never notice you until the power goes out.”

While he didn’t know what he wanted to do before he set foot on Francis Marion’s campus, Ardis has been anything but indecisive in his professional life.

Ardis and his wife Shannon, a 1998 graduate of Francis Marion, currently reside in Florence with their two children, Cade and Ava.