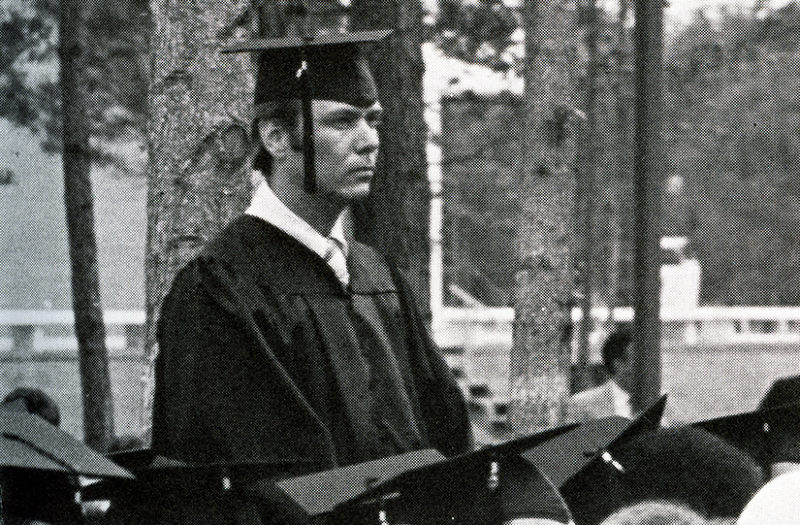 Darlington Mayor lays claim to being the first graduate of FMC

When Francis Marion College held its first commencement ceremony in the spring of 1972, somebody had to be the first student ever to receive a diploma from the brand new college.

And that someone was Tony Watkins, even though he is a proud member of the FMC class of 1971.

That’s an oddity but a hardly surprising one. A startup college is going to have a few growing pains. Handing the first diploma in school history a year late really isn’t much more than a bump in the road.

Watkins says it was no accident, however. He was the official first grad because he earned it, and his place in line was carefully orchestrated.

Watkins’ walk to fame also included an encounter with one of the bigger celebrities ever to speak at Francis Marion commencement. Author and poet James Dickey was a writer in residence at the University of South Carolina at that time. He not only spoke at the inaugural FMC commencement, he presided over a part of it: he went to the podium and called Watkins’ name.

“It was an honor to have him speak at our commencement but an even greater honor to have Professor Dickey present me my degree,” says Watkins. “Because I was valedictorian, he got up and read it. He called my name first. The deal was, I would get the first degree.”

Watkins began his academic career as an English-Liberal Arts major at USC-Florence. When the school morphed into Francis Marion, he stayed around and picked up his degree from FMC.

Watkins says he knew early on that Francis Marion would be a force in the Pee Dee region.

“There were so many who benefited from an education at Francis Marion,” says Watkins. “They went on to become successful in their areas of study.”

Count Watkins among that group. Watkins was a Vietnam veteran by the time he began attending college. Right after graduation, he and his wife became the owners of Pearl Street Furniture in Darlington, which was in operation for nearly 37 years. When Watkins retired in 2012, he worked as a substitute teacher until he found his most recent job at the Darlington County Library.

He accomplished most of this serving as the mayor of the City of Darlington, a position he’s held since January of 1988.

“Who knows what’s next?” says Watkins.