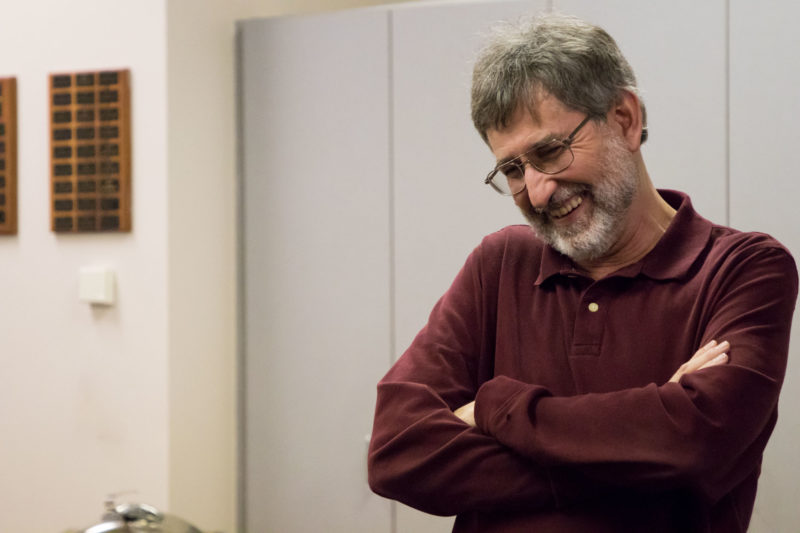 Travis Ragsdale wasn’t sure managing the labs at a brand new college was a good idea. But it turned out all right.

Forty-three years ago, Travis Ragsdale came to a place he’d barely seen, to a college he’d never visited, to take a job he wasn’t sure he could do.

It all worked out just fine.

Earlier this winter, Ragsdale retired as the lab manager for Francis Marion University’s Chemistry Department, following his 43rd year on the job. It wasn’t what he expected when he started, but Ragsdale is leaving a happy man.

“You want a job that will interest you and change over time, something that will allow you to interact with people in a positive manner,” says Ragsdale. “This has been all that.”

Ragsdale, a Greenville, South Carolina native, wasn’t quite sure where to find a career like that after graduating from Wofford College in 1973. He liked chemistry and wanted to stay in that field. Pharmacy school seemed a likely possibility until a friend told Ragsdale about an opening for a chemistry lab manager at some place called Francis Marion College.

“I had been to Florence once in my life and I didn’t know anything about Francis Marion,” he says. “As a college, it was only two years old at that point.”

Ragsdale applied for the job and was hired. It took awhile before Ragsdale really found his legs as a college employee, but just a few weeks into his first semester, he was feeling pretty good. He knew chemistry, and he really enjoyed teaching.

“Once I got here I got a feel for it and thought, ‘You know, I’m not that bad at this, standing in front of a class and teaching labs,’” he says.

Ragsdale continued to improve. Year after year, semester after semester, Ragsdale was there. In time he developed into a campus fixture, a reference point for new generations of FMU students.

“I had a student who’s still here and he was telling me that he told people he’s a student at Francis Marion and one of the first things they asked was, ‘Is Mr. Ragsdale still there?’” says Ragsdale. “I’ve been here well long enough to have taught people and their children. Part of my thinking (about retiring) is maybe it was time to quit before I started teaching their grandchildren.”

And maybe not. Ragsdale hasn’t really left. Not just yet. He’s continued to work with his replacement, Dr. Josh Gray. While doing so, he’s been able to reflect on what he’s left — or will be leaving — behind.

“Over the years, as you can imagine, I can go out and name doctors I’ve taught, dentists I’ve taught, nurses I’ve taught,” says Ragsdale. “There’s lots of people out there. That’s what makes you’re here for. You want to help people grow and become something.”